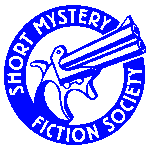 SMFS Blog: http://shortmystery.blogspot.com/
Annie's Snow - accepted for publication in Journeys into Possibility: Tales from the Pikes Peak Writers.
Claire's Cabin - Alfred Hitchcock Mystery Magazine - March/April 2023
On sale 02/14/2023 - In Claire’s Cabin, three women settle beside the fireplace in a mountain cabin after a successful deer hunt. Friends since high school, each faced small town gossip and condemnation for their youthful indiscretions. They discuss an old mystery – the disappearance of an eccentric artist's abusive husband fifteen years ago. The former owner of the cabin they're in used found materials, including dead animals, in her artwork. After her husband vanished, Claire moved to a New Mexico artists' colony and found the peace she always desired. The women hunters puzzle over the mystery, while enjoying the second chance they each have achieved. 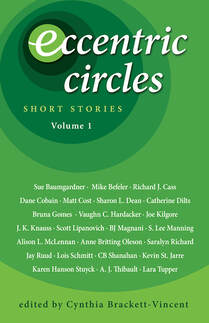 Encircle authors gathered together to publish a collection of short stories based on their novels.

My contribution, Cindy's Storm, involves secondary characters Cindy and Herb Lyons from my Rock Shop Mystery series. Cindy hopes to reignite the spark in their fading relationship during an elk hunting trip with her distracted husband. When they're trapped in a blizzard, her marriage becomes the least of Cindy's worries. 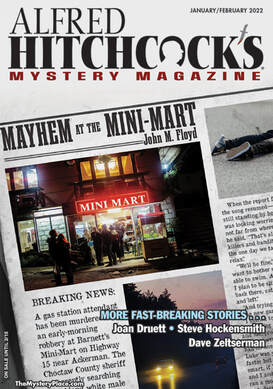 Chemist Charles and his college intern Tony return in HazMat Holiday. Charles is a dignified gentleman who loves his career as a chemist. He recently began a relationship with a wheelchair bound art museum docent from Israel, who introduces Charles to Hanukkah.

Tony is a college student / laboratory intern. He aspires to be hip. Thanks to my middle granddaughter for correcting my flawed Boomer attempts at slang. She enabled Tony to grasp for coolness in the midst of his nerdiness.

Charles insists on completing a vitally important lab test and report, despite Tony's anxiety about dire weather reports. Trapped in the factory by a Christmas blizzard, Charles experiences a Hanukkah miracle.

​The story was inspired by my experiences working in a manufacturing facility for over twenty years. 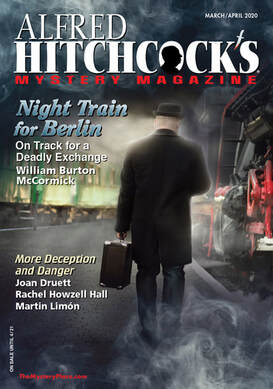 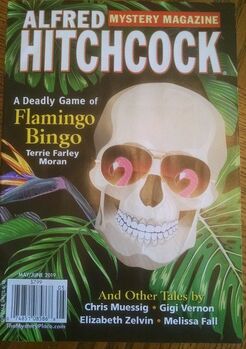 When Katie Roberts discovers an illegal greenhouse on her ranch, she gets a lesson in the ambiguity of the new Colorado marijuana laws. While she may have mixed feelings about the issue of legality, her thoughts are clear on what should happen to the person responsible for injuring her favorite saddle horse, the cantankerous rescue mustang Daisy. 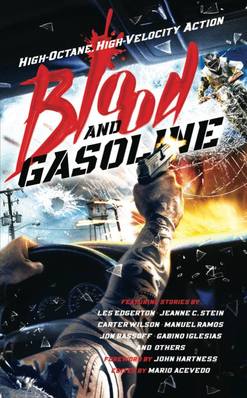 ​Available from Barnes & Noble,  on Amazon and: www.hexpublishers.com/store_blood-and-gasoline.html

My story Do-Over is about vengeance, and a survivor’s hope that enacting justice can erase a painful past.

Blood and Gasoline is described as Mad Max meets Sons of Anarchy.

​Seventeen stories screaming past the red line, tires tearing across the highway, guns stained with smoke and gore.
​
Seventeen stories of heroes and anti-heroes on desperate journeys, white knuckles on steering wheels, hearts pounding to the staccato beat of magnum hollow points slamming against flesh and steel. 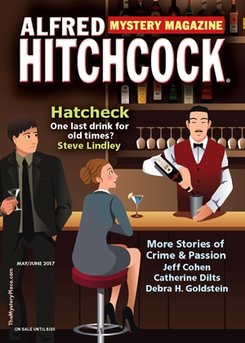 On an Oklahoma farm, a reluctant granddaughter assists her feisty grandmother do the Lord’s work of ridding His garden of some weeds. 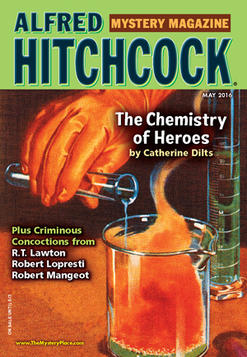 The Marshall Gasket Company renovation hits a snag when a body is discovered under a newly poured concrete floor. The factory is plagued with thefts of supplies used in meth labs, while animal rights activists protest an art gallery display of taxidermy. Chemistry holds the solution when Dr. Charles Jerome Harrison and his young assistant Tony Gilbert once again become entangled in a murder case. 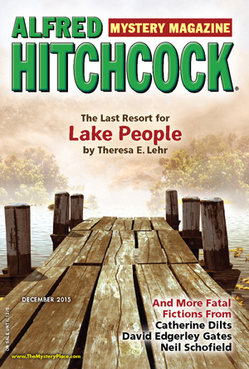 Marlin Hammerbach believes he is overqualified for the life of a worker bee in a dismal factory, but his community theater acting career has stagnated. He needs his much-hated supervisor’s signature to apply for a promotion, but Paul Sneed is nowhere to be found.

I was thrilled to receive an email praising Industrial Gray:
Dear Catherine Dilts,

I wanted to take a moment to write and say how much I enjoyed your story "Industrial Gray" in December's issue of Alfred Hitchcock Mystery Magazine. There were several elements that made me know I was in the reassuring hands of a strong storyteller, from the light tone and propulsive pace you set to your ability to sketch the quirky personalities of multiple characters through brief descriptions and some well-chosen and revealing dialogue. Using Paul Sneed's animal shorthand from his planner to give the reader an immediate sense of the characters was an inspired touch. The chemistry between your leads Marlin and Jazzmyn was both engaging and, by the end, a little poignant.

It was interesting to see on your website comments that the story was inspired by an assembly-line job that you once held. That binary between the blue collar workfloor drudgery and the separated, snooty office environment of white collar administration was really intriguing. Thanks for creating that story; it was a pleasure to read.

I look forward to seeing future stories from you! All best wishes for a productive and creative 2016 --- 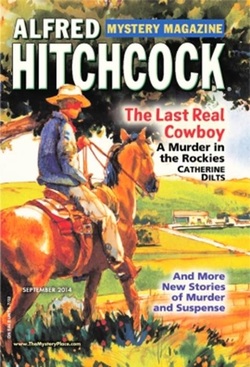 Katie Roberts is willing to do just about anything to protect her Colorado cattle ranch, including confronting a drunk cowboy in possession of a firearm. When she finds the old guy dead in the bunkhouse, Katie doesn’t believe he committed suicide. With the help of her ranch hand Tosh, a dreadlock wearing buffalo soldier wannabe, Katie tries to determine whether it was the elderly cowboy’s womanizing ways that got him killed, or his sudden interest in an endangered toad living in Katie’s pond.


Individual electronic issues can be purchased through Magster. 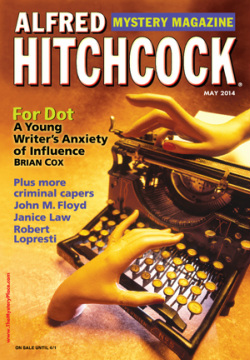 Caroline Omiata is a Tween - too old to find a job, and too young to retire. When living with her daughter's family doesn't work out, Caroline accepts an offer from a brassy former co-worker that she can't refuse. The late night deliveries and envelopes full of cash convince Caroline they are disposing of Mob hits, but her troubles escalate when she joins an environmental group seeking publicity for their cause, no matter the cost. 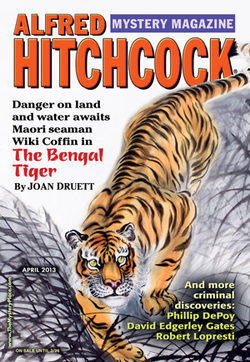 Dr. Charles Jerome Harrison, scientist at a gasket factory, plays the role everyone expects of him – the jolly fat man. When a back-stabbing employee is murdered, Charles cannot fathom how he lands in the center of the investigation. He is certainly not the only employee to have opportunity and motivation. His new intern, a skinny college kid with a bad case of ebonics, suggests that being African American makes them both the focus of police scrutiny, a paranoia seemingly confirmed by the detective’s probing questions. Besides, as the kid points out, threatening the victim just hours before her demise doesn’t exactly make Charles look innocent.
To buy an e-copy of AHMM - http://www.themysteryplace.com/ahmm/digital/